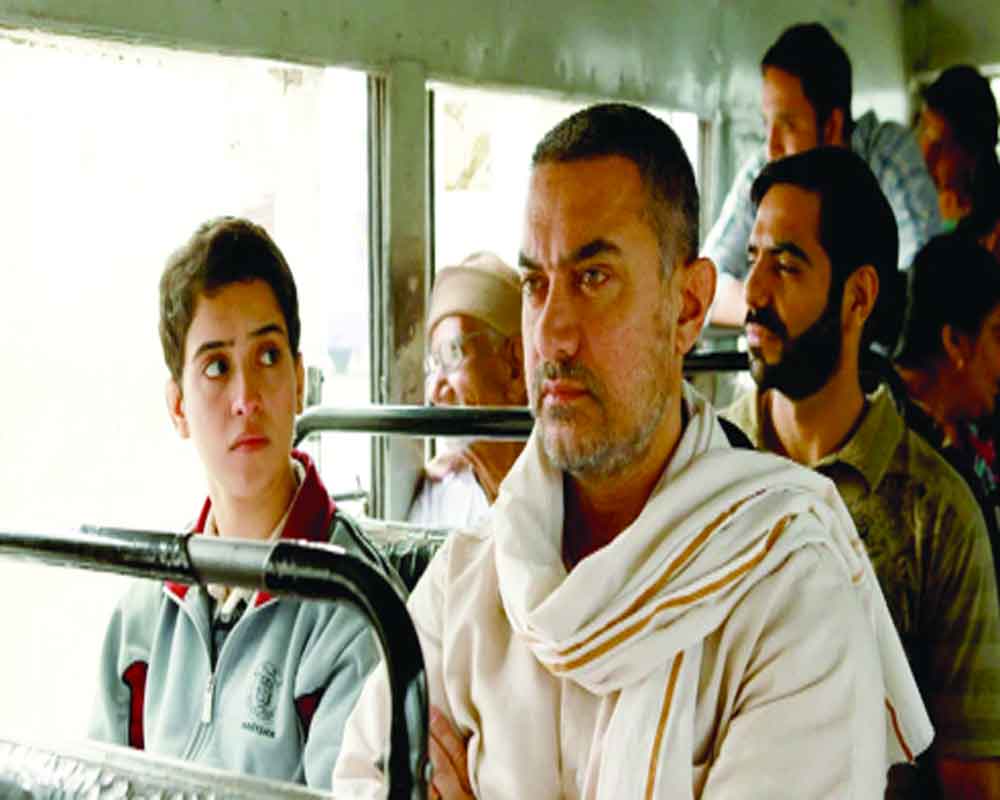 Yahoo India has announced the ‘2019 Year in Review (YIR) for India,’ revealing the personalities and events that grabbed the attention of internet users

Who was the most top searched celebrity of the year? What do Mamata Banerjee and Smriti Irani have in common? Who was the only non-cricketer among the top searched sports personalities of the year? Well, these are some questions which certainly make one curious. And much to your surprise, Yahoo India has announced the ‘2019 Year in Review (YIR) for India,’ with answers all these questions and everything else that grabbed the attention of internet users during the year.

It provides the top trends, happenings and events of the year, based on users’ daily search habits. It also has an editorial selection of what the people read, recommended and shared the most on the platform.

Top events of the decade

The Ayodhya verdict claimed the number one spot on the list, with an avalanche of interest online. The Abrogation of Article 370 stood second, with the decriminalisation of Article 377 and India’s 2011 World Cup win also making it to the “Top Indian Events of the Decade.” On a more sombre note, the Nirbhaya rape case found a place on this list — etched forever in the collective consciousness of Indians online. This year also marked the end of a decade during which India discovered its love for the internet and the smartphone, earning the telecom/smartphone revolution a place on this list.

Actor Aamir Khan’s Dangal was the “Biggest Blockbuster of the Decade” on the list that was dominated by the three Khans of Bollywood with Bajrangi Bhaijaan, PK, Sultan and Chennai Express grabbing spots on the list.

In 2010, actor Katrina Kaif was YIR’s top newsmaker of the year. In 2019, showing her staying power, she still holds her own on YIR lists as the “Most Searched Female Celebrity” and the “Best Dressed on the Red Carpet.” Moving over, 2011 and 2012, respectively, belonged to social activist Anna Hazare and AAP supremo Arvind Kejriwal, the nation’s top newsmakers, united in their fight against corruption, till the mentor and his protege fell out in 2012.

In 2015, we had an unusual “Personality of the Year” — the cow. The Maharashtra government’s ban on the sale of beef polarised netizens, leading to massive debates on social media.

The year 2016 belonged to three champion sportswomen, who cracked the typically cricket-dominated “Most Searched Sportspersons” list, including PV Sindhu, Sakshi Malik and Dipa Karmakar, who proved their mettle at the Rio Olympics. The year was also remembered for demonetisation that made us all scamper to ATMs and this emerged as the “Top Financial Event that shook India.”

In 2017, BJP’s Amit Shah won the title of “Top Newsmaker.” The following year, India’s #MeToo survivors, who started a conversation with a wide-reaching impact, sealed their place as YIR’s 2018 “Personality of the Year.”

The five-judge SC bench who delivered the historic Ayodhya verdict emerged as YIR’s “Personality of the Year.”

On the back of a landslide victory in the Indian General Elections 2019, PM Modi was this year’s “Most Searched Personality.” Cricketer MS Dhoni and actor Priyanka Chopra Jonas also joined him on this list, along with a surprise entrant — wing commander Abhinandan Varthaman. Veteran BJP leader Arun Jaitley’s untimely death also made it to this list.

The second position of the “Most Searched Politicians of 2019” was bagged by chief minister of West Bengal, Mamata Banerjee. She edged out Congress leader Rahul Gandhi, who had to settle for third position. She also topped the list of “Most Powerful Women of 2019.” Finance Minister Nirmala Sitharaman and Union Minister Smriti Irani followed her.

Cricketer MS Dhoni was the “Most Searched Sports Personality of the Year.” While cricketers Rohit Sharma and Virat Kohli stood at the top three, shuttler PV Sindhu was the only non-cricketer who grabbed a spot here.