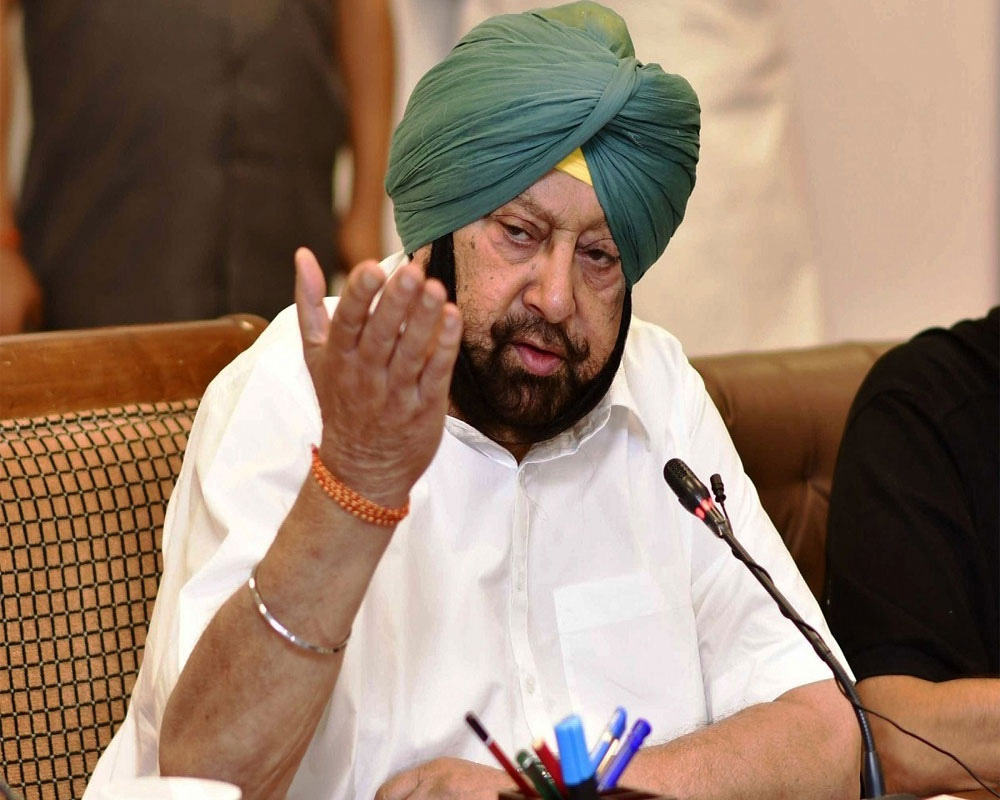 Lashing out at state BJP President Ashwani Sharma for "spreading false propaganda on law and order", Punjab Chief Minister Amarinder Singh on Thursday said the number of incidents of vandalising mobile towers have come down drastically.

Noting that following his appeals and the strict warning to those damaging property, he said only a couple of incidents of minor damage were reported on Thursday.

Interacting informally with the media after inaugurating the Chandigarh-Kharar elevated corridor, he said his government would ensure that not a single case of damage takes place in the coming days.

The situation was now under control, with most of the damaged towers already repaired, he added.

While these incidents were unfortunate, the fact was that these were happening as a result of the spontaneous outburst of farmers as their genuine demands had not been conceded so far, said the Chief Minister, trashing Punjab BJP leaders' claims that the Centre had accepted the demands of the farmers from the outset.

Had their demands been conceded, the farmers would not have been sitting out in the winter chill at Delhi's borders, he said, adding the "power-hungry" BJP leaders had remained untouched even by the fact that some 50 protesting farmers had died, including some by suicide.

Dismissing as "atrocious" BJP state leadership's charges that the Congress was responsible for the damage to mobile towers, and the resultant loss of studies to the students, Amarinder Singh asked: "Are we responsible for the farmers' angst against the BJP?"

"We were not the ones who enacted the farm laws, it was the BJP-led Central government. We, in fact, negated them by passing the amendment Bills in the Assembly," he added.

He said the state BJP's request to the Governor for postponement of the civic polls on the "baseless" grounds of law and order situation collapse showed that the party leadership was in complete panic at the prospect of facing the elections at a time when the people were angry at them over the 'black' farm laws.

Faced with the wrath of the people of Punjab, Sharma and his party colleagues were now resorting to desperate measures to wriggle out of the polls, he said.

The Chief Minister said the bogey of law and order problems in Punjab was being created by the BJP only to save itself from the anger of the farmers.

Their frustration was evident from their bid to pass off pictures of his old meetings with some corporate leaders as collusion against the farmers, he added.

Replying to a question regarding local bodies elections in the state, the Chief Minister said that the process is already underway and the dates would be finalised and announced soon, as constitutionally the government was bound to hold these elections before February 15.