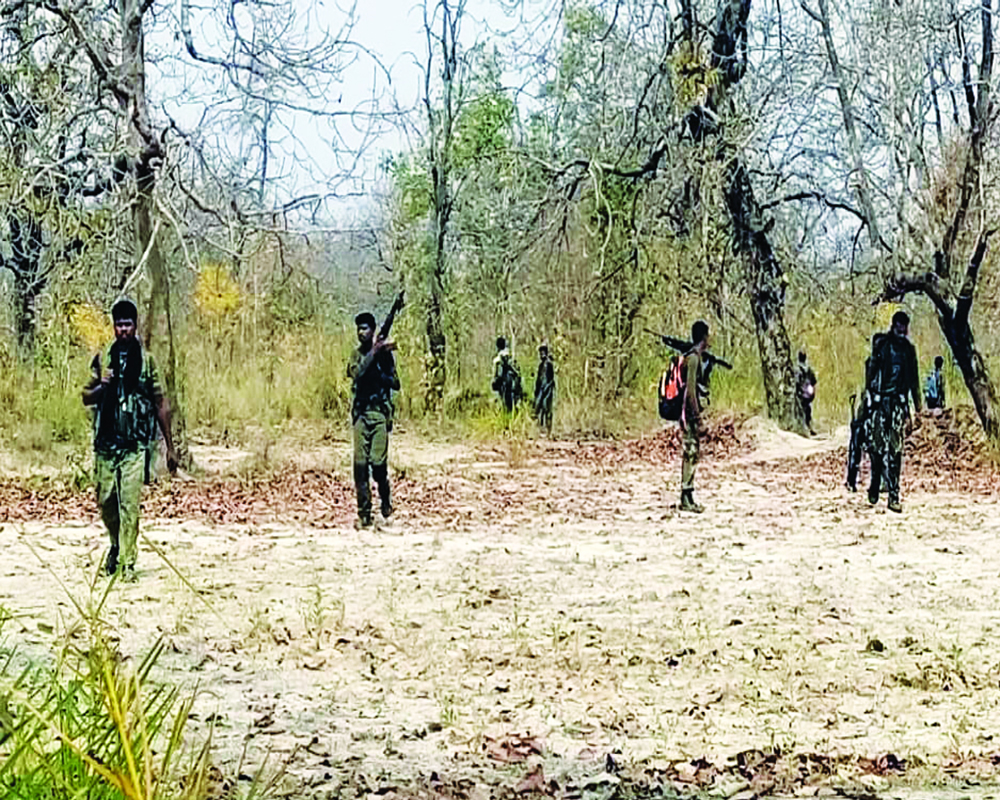 Recently, the nation was shocked by the news of mass casualties of policemen who were part of an instant anti-Maoist operation launched in the forests of Bastar in Bijapur district of Chhattisgarh, a Maoist-infested State. The forces not only suffered large-scale loss of lives but the rebels also managed to escape with weapons, bullet-proof jackets, boots and other personal accessories of the martyred policemen. What is shocking is that such losses occur frequently and we hardly learn lessons from the past failures to ensure that the loss of men and weapons is minimised in future. The bitter fact is that the Maoists have proved more professional, in the sense that they are known to critically analyse each operation by filming the same and carrying out post-operation analysis to draw lessons for the future.

Unfortunately, when security experts analysed the recent anti-Maoist operation, they were sad to note that the mistakes committed in Sukma in 2018 were repeated by the forces. Evidently, our forces have failed to learn from the past, which speaks poorly of the leadership. In fact, senior journalist Shekhar Gupta has observed that, “the first reaction after any such operation is to cover the ba@#&ide of the senior officers.” How true! Narratives and stories are spun to justify failure by converting it into a well-contested, successful operation. We lack investigative journalism and the media houses also buy the narrative spun by Government agencies.

In order to draw a comprehensive strategy to close the Red Corridor, it is essential to understand the shortcomings and professional errors committed in the conduct of instant operations. It is learnt that the operation was launched on a specific Intelligence input provided by an Unmanned Aerial Vehicle (UAV). The objective was to trap Hidma (a top-rated Maoist commander known for conducting successful ambushes). A careful analysis of the Intelligence input should have prompted the planners to maintain contact with the high-value target and keep all his activities under surveillance through both Electronic Intelligence (ELINT) and Human Intelligence (HUMINT).

Obviously, it was not done, otherwise how can the ability of Hidma to gather 400 Maoists for the ambush be justified? Hence, inadequate Intelligence assessment and poor Intelligence gathering along with faulty operational planning are the obvious shortcomings, just like the failings noticed in the previous botched-up operations. The conduct and execution of the operation is as good as its planning. This incident reflects poorly on the standard of training, particularly specialised training in jungle warfare.

The other major shortcoming was lack of proper command and control, coupled with the absence of commanders with their respective units and formations. Since four different forces were operating together, a foolproof command and control structure was mandatory. Anti-Maoist operations can’t be treated as routine ones. The troops and commanders need to acquire the skills not only for counter-insurgency operations but for jungle warfare as well. Standard Operating Procedures (SOPs) are good for routine activities and drills but for actual combat, quick mental reflexes are needed to respond and act as per the emerging tactical or operational situation. That needs immediate availability of the commanders at headquarters and in combat with the troops for on-the-spot decision- making. This is also a frequently-observed drawback. The CRPF must inculcate the habit in its officers of leading from the front in such operations.

Unpredictability is the key to success in unconventional operations. However, a study of the operations carried out by the CRPF leads one to believe that their operations are very predictable and hence afford an opportunity to the Maoists to surprise them. The fact that the troops were lured into a “U-Type” ambush bears testimony to the fact. Proper terrain analysis during the planning stage would have identified the likely ambush sites on the route-in and route-out and plans could have been made to secure these sites before advancing further. Obviously, it was not done.

No tactical operation is ever launched without planning and catering for reserves. In the latest case, lack of reserves was obvious as was the lack of coordination for casualty evacuation and reinforcements using helicopters.

A thorough overhaul of the forces operating against the Maoists is needed. The police culture must give way to military culture. A patchwork solution will lead us nowhere. To close the Red Corridor which has already shrunk to less than one-third (only 31 affected districts remaining out of the original 200 plus), a synergised approach is needed.

The first and foremost requirement is to regain the confidence of the people and convince them of the Government’s determination and capability to eliminate the Red terror. Its only when the local population is convinced of the Government’s upper hand in the Red Corridor that the much-needed human  Intelligence would start flowing.

To begin with, there is need for a thorough overhaul and shake-up of the organisational structure. This includes creation of a separate Ministry of Internal Security through restructuring of the existing Ministry of Home Affairs and a separate operational command for the entire Red Corridor led by a Lieutenant-General. This command should cut across State boundaries and be mandated to conduct seamless operations within the designated geographical area.

The force needs to be provided operational and logistics wherewithal tailor-made for conduct of operations as well as for logistics support. Drones, helicopters and UAVs should be totally integrated with this force. The senior officers of the rank of DIG and above for operations should be replaced by Brigadiers and above on secondment from the Army. The Army has a large number of officers in these ranks with adequate combat experience of counter-insurgency and fighting in the jungle terrain.

The logistics branch can continue to have officers from the police. Only those units of the CRPF or other police organisations which are trained in counter-insurgency and jungle warfare should be “on the order of battle” of this Anti-Maoist Operations Command (AMCOM). The Command should also have specialised units for Psychological Operations and WHAM (Winning Hearts and Minds) operations.

Population-control measures to isolate the Maoists should also be initiated prior to launching full-fledged operations to eliminate them on the pattern of the Sri Lankan Army, which undertook the operations to finish the Tamil Tigers or the LTTE.

The Government will come under tremendous pressure from Maoist sympathisers, so a favourable national opinion will have to be built by highlighting the danger Maoists pose to not only local development but also to national integrity and security. A “hammer and tongs” strategy is needed to eliminate the Red Corridor and bring the Maoists to the negotiating table.

The author is a Jammu-based veteran, political commentator, columnist, security and strategic analyst. The views expressed are personal.