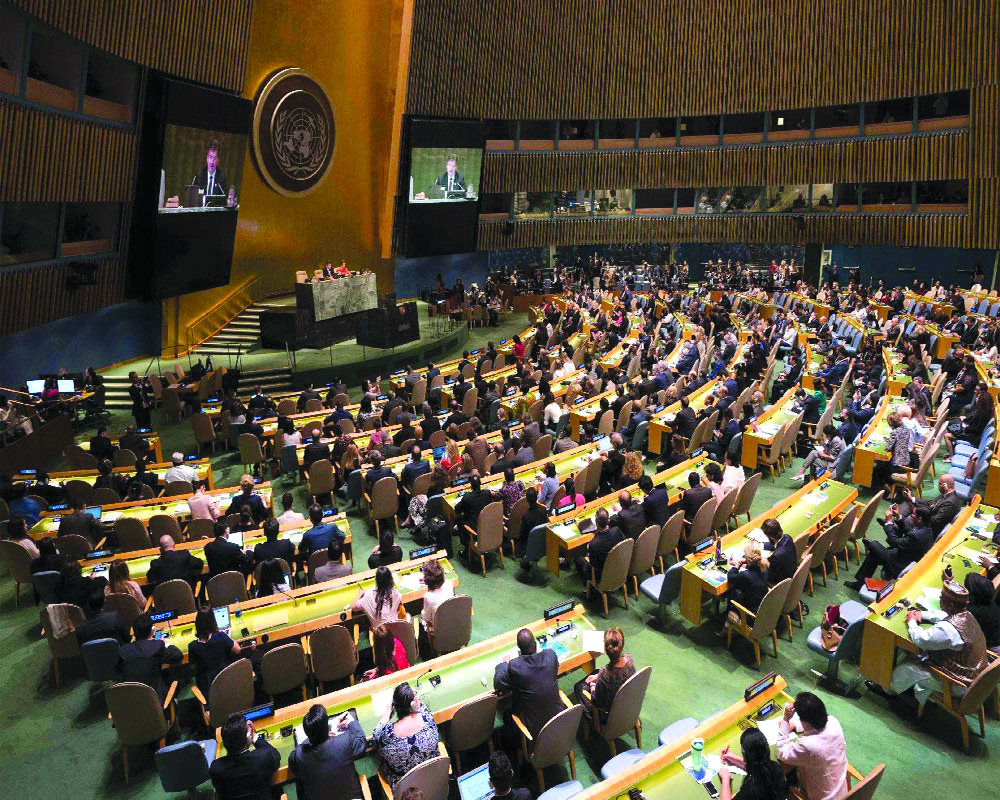 Amid ever-increasing threats facing humanity, it’s high time to initiate steps at the governance level to make the world a safer place for mankind. The COVID-19 pandemic has provided impetus to the idea of  a global democratic government and underlined the necessity of a world organisation to tackle the dangers facing mankind in a more effective manner. These include — pandemics, stockpiles of nuclear weapons, deadly biological weapons, natural disasters, climate change, loss of control over Artificial Intelligence, terrorism and so on.

It is obvious that these threats cannot be tackled by any  country alone and a united action at the local, regional and international levels  is required to rid the world of these dangers. Currently, a world body already exists —the United Nations (UN). Formed after World War II in 1945 to prevent and eliminate recurrence of wars and to maintain peace all over the world, it was also mandated in broader terms to look after some aspects like economic, social and cultural development.

The organisation has been beneficial to mankind in many ways but looking back at its record during the over 75 years of its existence, there is not much to feel proud about. Soon after its formation in 1945, it had to face the Cold War between the Western Bloc and the Soviet Bloc headed by former Union of Soviet Socialist Republics (USSR) which lasted till the collapse of  the Soviet Block in 1991. It could not prevent local and regional wars in the Korean peninsula, Asia, Africa and even in Europe and Latin America. It could not stop Chinese aggression against India in 1962 and the Cuban missile crisis between the then Soviet Union and the US. Mostly because of the Cold War politics and its attitude, it failed to take bold united action. Its response to natural disasters and epidemics at national or international level also fell far short of expectations.

Apart from the Cold War politics, other main causes responsible for the failure of  the UN to meet expectations have been lack of its full representative character and its failure to reform itself. Also, the organisation has not restructured itself to keep up with the needs of the changing world. Under these circumstances, its attitude towards enormous problems and threats and deviant forces facing mankind has been almost inflexible. Despite repeated calls by many countries, it has more or less continued with its inequitable representative character. A glaring example of this has been that India, with over 1.38 billion population which constitutes about 18 per cent of the world population, has no permanent representation on its most important decision-making organ — the UN Security Council. Last year in June, out of the 192 votes cast in the UN General Assembly, 184 countries voted in favour of India for two-year non-permanent membership of the UNSC, which started from January this year. The world body has also to change its responses so that the threats facing mankind are attended to promptly.

The idea regarding the deep structural changes to turn the UN into a democratic World Government, will take more time to come somewhat into shape. Moreover, in a world full of diversities and ideological differences, such an institution will have to be free from biases and prejudices and will have to transcend the diversities and differences to acquire a truly representative and independent character. Recently, with advancements in human civilisation and thought, the necessity for such a global institution has been felt immensely at various stages. After deeper restructuring of the existing  world body, contours for a democratic World Government can be established and  Parliament of the world body could be elected directly by proportional representation based on population of each member nation.

The challenges facing  mankind as also the matters of economic and financial governance can be dealt with in a far better way by a Global Parliament. Such an institution will strengthen democracy, justice and equity throughout  the world and help in curbing fundamentalist and the radical ideologies. Proper attention to all threats facing mankind could ensure safety and survival of intelligent life on earth. But for realising it, the member countries will have to shed a few shades of their sovereignty which could democratically authorise and enable such a World Government to prevent deadly nuclear and biological wars at the local, regional or at international levels. At present, there are already scores of organisations in Africa, America, Europe and elsewhere, and some of these are popularly elected. Despite Brexit, the European Union continues to be a best example of such institutions even though at the regional level only. Initially established as an advisory body, it has evolved through decades as an elected representative institution.

Just some time before his death, renowned physicist Stephen Hawking pleaded for establishment of some form of World Government as he apprehended that aggressive instincts of humans could lead to destruction of mankind and hoped that such a Government could prevent the impending doom.

The writer is a journalist, former IIS officer and producer. The views expressed are personal.