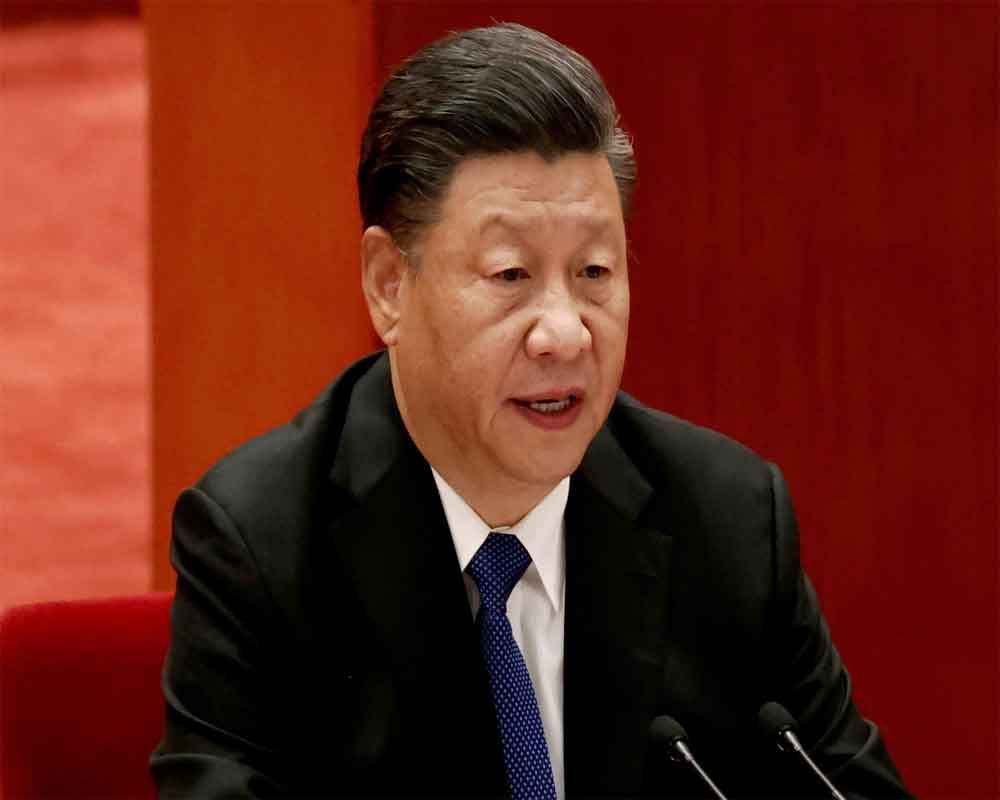 Chinese President Xi Jinping on Friday announced an additional USD 1 billion to the USD 3 billion already committed by China to the Global Development and South-South Cooperation Fund as he held a high-level dialogue on global development in virtual format, a day after hosting the 14th BRICS summit.

For the third day on Friday, Xi who hosted the 14th BRICS, (Brazil, Russia, India, China, South Africa) on Wednesday and Thursday, attacked the US for sanctions against Russia in the ongoing Ukraine war and forming new alliances to contain China.

“The protectionist policies will boomerang. Anyone attempting to form exclusive blocs will end up isolating himself; maximum sanctions serve nobody's interest, and practices of decoupling and supply disruption are neither feasible nor sustainable,” he said.

He also said development is being politicised and marginalised by some countries that are forming "small yards with high fences," imposing maximum sanctions, and deliberately creating division and confrontation.

His criticism against US, EU sanctions was the dominant theme of his speeches at the BRICS Business Forum on Wednesday and the 14th BRICS summit on Thursday.

“It is important that we pursue development in real earnest and build an open world economy, and shape a global governance system and institutional environment that are more just and equitable,” he said.

He called for jointly fostering global development partnership.  Developed countries should fulfil their obligations, developing countries should deepen cooperation, and the South and the North should meet each other halfway, Xi said.

Recalling his experience of working as a farmer in a small village in China in the 1960s, Xi said “there I experienced first-hand the hardships in farming and saw how the local people struggled to make ends meet.”

“Half a century later, I revisited the village and found the villagers no longer in want of food or clothing, as evidenced by the happy smiles on their faces”, he said, stressing placing development at the centre of the international agenda.

Xi called for implementing the UN's 2030 Agenda for Sustainable Development and building a political consensus that development is valued by all people and cooperation is jointly pursued by all countries.

The COVID-19 pandemic has eroded the gains of global development over the past many years, and the implementation of the UN's 2030 Agenda for Sustainable Development has been confronted with headwinds, Xi said.          Meanwhile, people around the world have even stronger aspirations for peace, development and cooperation, with the emerging markets and developing countries firming up the resolve to stay united and seek self-strengthening, he added.