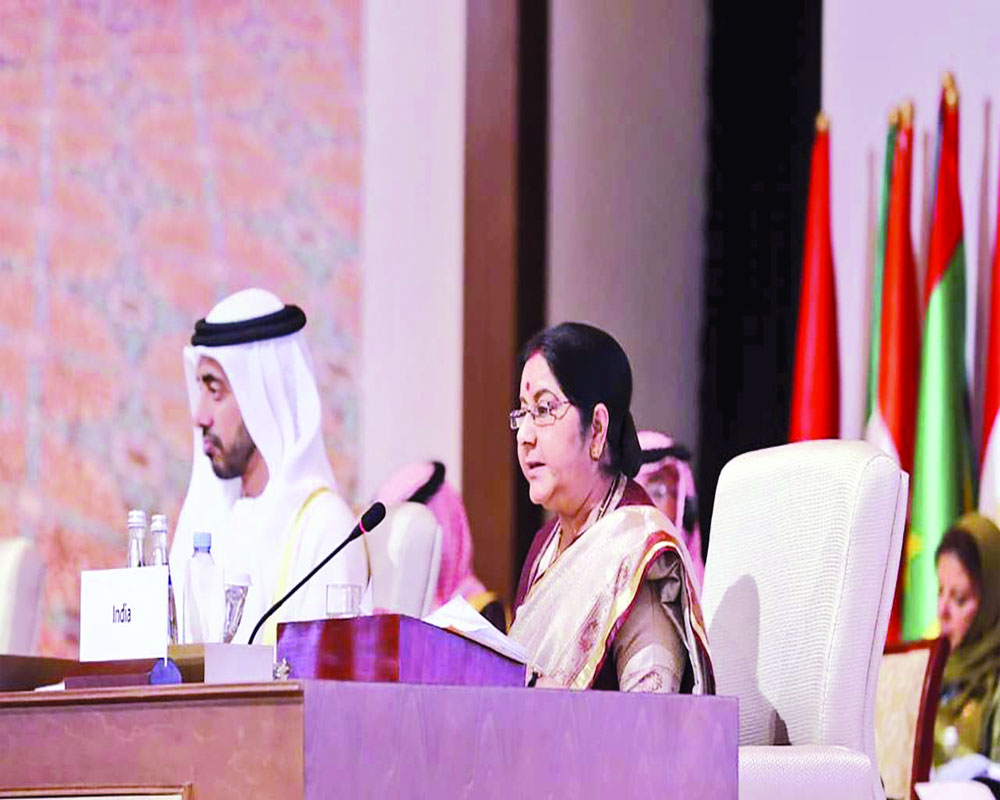 Neither Beijing nor Muslim capitals or the West seem to be on Islamabad's side. Its survival now demands uprooting all terrorist camps and arresting every recruit

Opposition parties and their choirboys are understandably unenthusiastic about post-Pulwama developments, especially the prompt return of Wing Commander Abhinandan Varthaman,  because a regime that seemed doomed in the forthcoming general elections will now enjoy the incumbent’s advantage. While it would be premature to state that the Bharatiya Janata Party (BJP) under Prime Minister Narendra Modi will have a walkover, it is undeniable that a second retaliatory strike for attacks emanating from Pakistani soil has changed the national mood.

Pakistan Prime Minister Imran Khan released our pilot gracefully but we do not know what understanding he arrived at with the Army before doing so. We know that Pakistan faces possible blacklisting by the Financial Action Task Force in June, which Beijing may not help stave off. This would make a possible bailout from the International Monetary Fund difficult (or very punitive) and deter other foreign investments in its faltering economy. Islamabad has much to gain from de-escalation.

Interestingly, the institution that performed with great dignity during this episode was the Islamabad High Court, which considered a petition (W.P. No.786/2019) by Barrister Muhammad Shoaib Razzaq versus the Federation of Pakistan, on March 1, 2019. Aggrieved at the decision to return the Wing Commander, the petitioner argued, inter alia, that the Prime Minister of Pakistan was not competent to take this decision, which was arrived at without taking the Parliament into confidence, and that the Wing Commander had violated Pakistan’s sovereignty and was liable to be court martialled in Pakistan.

In a crisp ruling, the Islamabad High Court asserted that the Prime Minister had announced the release of the Indian Air Force pilot on the floor of the House during a joint session of the Majlis-e-Shoora (Parliament), where not a single Member objected. Moreover, the decision “pertains to matters of foreign policy, defence and security of Pakistan. It is settled law that such issues are neither justiciable nor fall within the domain of a High Court for interference… It has been unambiguously held by the august Supreme Court that any such interference… would be violative of one of the foundational principles of the Constitution, which envisages trichotomy of powers between the three branches, namely, Legislature, Executive and Judiciary”.

The Court said, “Framing of a policy is within the exclusive domain of the Executive… The Legislature represents the people of Pakistan and primarily promulgates laws… The Judiciary is entrusted with the task of interpreting the law and to play the role of an arbiter in case of disputes between individuals and between individuals and the State”. As the petitioner admitted that his fundamental rights were not violated in this case, Chief Justice Luqman Khan dismissed the petition stating, “The decisions which are taken by the Majlis-e-Shoora (Parliament), particularly during challenging times, are inevitably required to be respected and upheld...” India’s Supreme Court should have dismissed the Rafale and many other petitions; now as it ponders the merits of teaching students “tamaso ma jyotirgamaya” (from darkness lead me to light), one cannot but marvel at the sagacity of the Islamabad High Court.

External Affairs Minister Sushma Swaraj addressed the Organisation of Islamic Cooperation on March 1 and upheld multi-religious India’s civilisational ethos as a land “that has been for ages a fountain of knowledge, a beacon of peace, a source of faiths and traditions, and home to religions from the world — and now, one of the major economies of the world”. In a tribute to India’s new standing in the comity of nations, the host, United Arab Emirates, removed the Pakistan flag after its Foreign Minister boycotted the meeting.

It appears that Muslim capitals are withdrawing from fundamentalism as a tool of foreign policy. Dhaka under Sheikh Hasina has long focussed on economic development and has cracked down on fundamentalists. Afghanistan, the Maldives and others crave peaceful development. Swaraj urged the gathering, “We must tell the states, who provide shelter and funding to the terrorists, to dismantle the infrastructure of the terrorist camps.…”

In an interesting but unconfirmed news at the time of writing, Jaish-e-Mohammad chief Maulana Masood Azhar, the brain behind the attack on the Indian Parliament (2001), Pathankot air base (2016) and the Central Reserve Police Force convoy at Pulwama (February 2019), died in a military hospital in Rawalpindi on March 2, 2019. While Islamabad has not made any formal announcement so far, the information is considered credible because on March 1, Pakistan Foreign Minister Shah Mehmood Qureshi admitted on CNN that Masood Azhar was in Pakistan and hinted that he was on his death bed.

The leak of Azhar’s death (if true) is deliberate; a continuation of the “gesture” of returning our captured pilot. A few points may be made. India has found the lily-pads (terrorist bases) it can strike without opprobrium from the international community. With the United States withdrawing aid (and patronage) to Pakistan on account of its obduracy in Afghanistan and proximity to China, Islamabad’s utility to the West is over. That is why the US, UK and France again moved the UN’s 1267 Committee on February 27, to list Masood Azhar as a global terrorist.

London and Washington had decided on a Cold War with the Soviet Union even before World War II ended and Pakistan was created as a base for the West to monitor Russia, China, Central Asia, the Gulf region and India. It no longer helps in monitoring Moscow or Beijing; the Gulf is changing rapidly and Pakistan is afraid to commit troops for the Saudi war in Yemen. India has the muscle to defend itself and de-privileging the Kashmir valley will refashion Jammu & Kashmir into an ordinary Indian State. Pakistan’s 30-year-old strategy of supporting insurgents in Kashmir is failing.

Worse, the terrorists have become too autonomous. After Jaish al-Adl attacked Iran (February 13), the JeM struck India (February 14), the Taliban (harboured by Pakistan along with the Haqqani Network) killed around 25 Afghan soldiers at Shorab military base in Afghanistan’s Helmand province (March 2-3). American troops stationed in another part of the base were unharmed but they can easily be targetted as the US retreats from Afghanistan under a Pakistan-brokered deal with the Taliban. None of these attacks served any Pakistani objective and could have frightened Beijing about Pakistani jihadis joining hands with Uighur militants in Xinjiang. Pakistan’s own survival demands uprooting all terrorist camps and arresting every recruit.