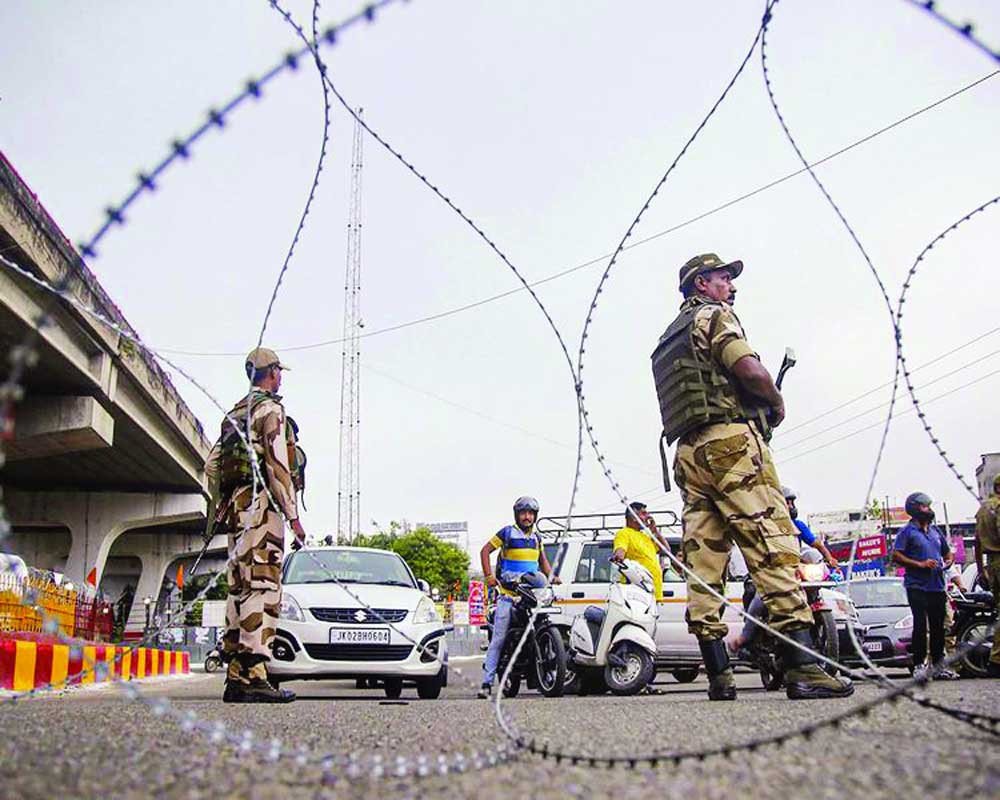 The Government miserably failed to contain misinformation or disinformation on Article 370 in the foreign media. It should have given a historical briefing on all facets of the issue

The abrogation of Article 370 has led to a lot of typing on the keyboards of Indian as well as foreign journalists. Most scribes were ill-informed about the legality of the issue but generally, the Indian Press dealt with the subject more decently, taking into consideration the situation on the ground, including Ladakh where the “liberation” of the mountainous division was celebrated as in Jammu, too. The Indian Press also mentioned about the tragic fate of the Kashmiri Pandits and how the Article fuelled terrorist acts, which have plagued the Valley for decades. Even the Supreme Court, which sometimes does not mind stepping in the role of the Executive, handled the issue with restraint and care in the higher interest of the population concerned.

But this has not been the case of the foreign Press, which has once again shown not only its partisanship — the often-violent “anti-Modi” bias (they hate the ‘Modi’ phenomenon which eludes their understanding) — but also its abysmal ignorance of the historical background of the Kashmir issue.

Take the example of the French Press.  Following the August 5 decision, it is difficult to say that it was the worst, because the British and the American were really bad, too (particularly the BBC). In their offices beyond the seas, editorialists remain stuck in old clichés — they love to portray Modi’s India as having only one objective: To massacre as many Muslims as possible. Due to sheer “White” arrogance, most of these “grand reporters” do not need to study the issue before writing on it, as “they know” about it.

After the Indian Prime Minister’s visit to the UAE, one French publication even wrote: “Modi has managed to escape the Muslim ire …for now.” The Chinese factor and their indecent claims over Ladakh have also been brushed aside; the Buddhists of Ladakh and the Pandits are not worth a word. It is ironic that at the same time, the Indo-French bilateral relations have been blossoming (but journalists will probably say, “Modi has bought Macron on his side by promising to buy a few Rafales more”).

Who is responsible for this constant misinformation or disinformation? As I said, it is not possible to change the ideological slant of the Press (foreign or French), so one should let it be. Where the Government of India failed is in “educating” the Press by giving a full historical briefing on all the facets of the issue.

One problem is that the Ministry of External Affairs (MEA) today functions without a historical division, (in the 1990s, some smart mandarins thought they knew everything and that a division was not required).  Before the announcement, the South Block should have prepared a “background note on the Kashmir issue and the history of the temporary Article 370 of Indian Constitution” but nobody probably had the time for such niceties. Foreign embassies could have been given this note, which could have informed their “all-knowing” Press; it is part of the bilateral relations, no?

The foreign Press could have been told: “You are free to use the briefing and check the facts if you want.” One of the problems is the sacrosanct “freedom of the Press” which allows anybody to write anything! Those who object to this are “fascists.”

Now what are the facts?

A few years ago, I came across a top secret note entitled, ‘Background to the Kashmir Issue: Facts of the case’, written in the early 1950s in the Nehru Papers (the JN Collections at the Nehru Memorial Museum and Library). It makes for a fascinating read. It starts with a historical dateline: “Invasion of the State by tribesmen and Pakistan nationals through or from Pakistan territory on October 20, 1947; ruler’s offer of accession of the State to India supported by the National Conference, a predominantly Muslim though non-communal political organsation, on October 26, 1947; acceptance of accession by the British Governor-General of India on October 27, 1947, under this accession, the State became an integral part of India; expression of a wish by Lord Mountbatten in a separate letter to the ruler the fulfillment of which was to take place at a future date when law and order had been restored and the soil of the State cleared of the invader, the people of the State were given the right to decide whether they should remain in India or not.”

Then the note mentioned “[the] invasion of the State by Pakistan Regular Forces on May 8, 1948, in contravention of international law. One of the grounds for this military operation, as disclosed by Pakistan’s Foreign Minister himself, was a recommendation of the Commander-in-Chief of Pakistan that an easy victory for the Indian Army was almost certain to arouse the anger of the invading tribesmen against Pakistan.”

Pakistan was not interested in the plebiscite, further it wanted to grab …Buddhist Ladakh, too. At some other point, the note observed: “Pakistan, not content with assisting the invader, has itself become an invader and its Army is still occupying a large part of the soil of Kashmir, thus committing a continuing breach of international law.”

This was noticed by Sir Owen Dixon, the UN Representative. Pakistani politicians (and others) often quote the UN resolutions but very few have read them. Has Pakistan Prime Minister Imran Khan ever looked at them? I bet not.

Following the ceasefire of January 1, 1949, the military representatives of India and Pakistan met in Karachi between July 18 and 27, 1949, under the auspices of the United Nations Commission for India and Pakistan. Before leaving for Karachi, the delegates had a briefing from Sir Girja Shankar Bajpai, the Secretary General of the MEA, who explained the legal position in detail to the delegates. He told them that the resolution of August 13, 1948 “had conceded the legality of Kashmir’s accession to India and as such no man’s land, if any, should be controlled by India during the period of ceasefire and truce.” Thus, the Line of Ceasefire (now Line of Control) was drawn and accepted by Pakistan on this principle.

Who remembers the August 1948 resolution today?

Similarly, for Article 370, the temporary background should have been explained, particularly how it deprived Jammu and Ladakh of their administrative freedom; how it helped fuel terrorism from across the LoC; how gender-biased it was. This should have been done. It would not have removed the bias of the foreign “secular” Press but they could not have said they did not know.