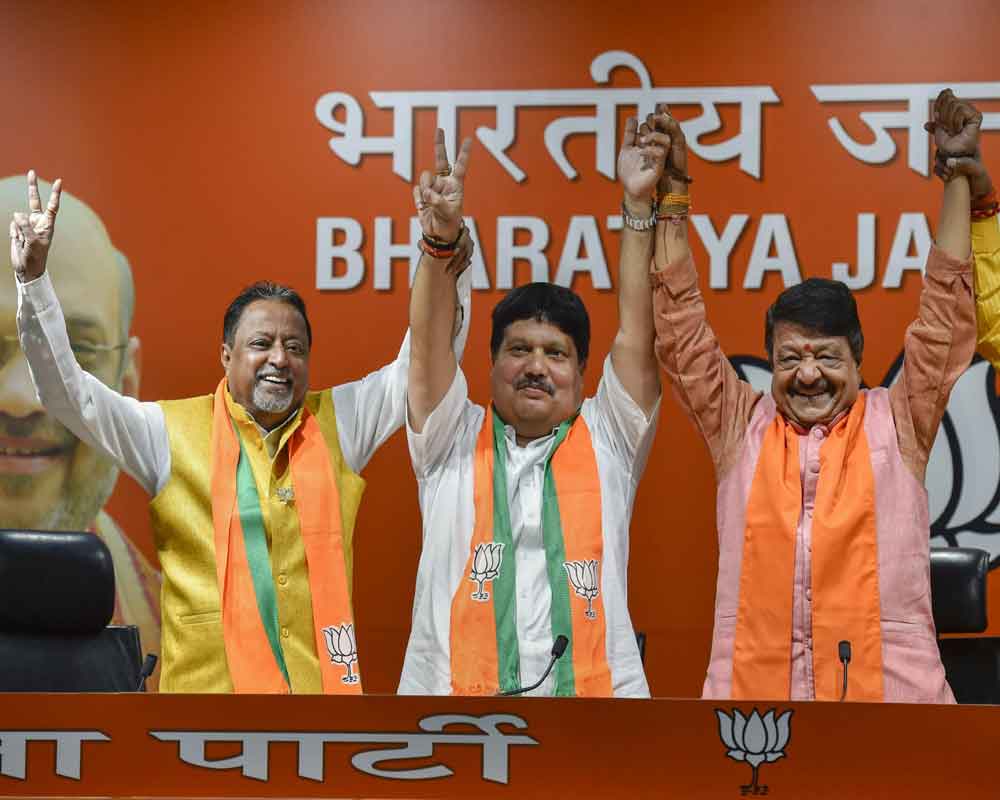 TMC leader and four-time legislator from West Bengal Arjun Singh Thursday joined the BJP, giving a boost to the saffron party's prospects in the state for the Lok Sabha elections.

Addressing the media at the BJP office, Singh said he was shocked at Trinamool Congress (TMC) chief and West Bengal Chief Minister Mamata Banerjee's comments on the Pulwama terror attack.

"I gave 30 years to Mamata Banerjee. I was shocked at her comments on the Pulwama terror attack. Her statement has shaken the country.       "When the Indian Air Force carried out the strike, she demanded the body count of terrorists. If a leader does not have national interest on her mind then she cannot do any good to her voters," Singh said.

The four-time MLA from Barrackpore is likely to contest on a BJP ticket in the Lok Sabha polls against TMC heavyweight Dinesh Trivedi, sources said.

They added that Singh was upset with Banerjee for not giving him a ticket.

"Earlier the TMC used to stand for Maa, Mati, Manush, now it is only money, money and money," Singh said attacking Banerjee.

Singh is the latest entry into the BJP from the TMC.

The BJP is aiming to get a sizeable number of seats in West Bengal in the upcoming Lok Sabha polls.