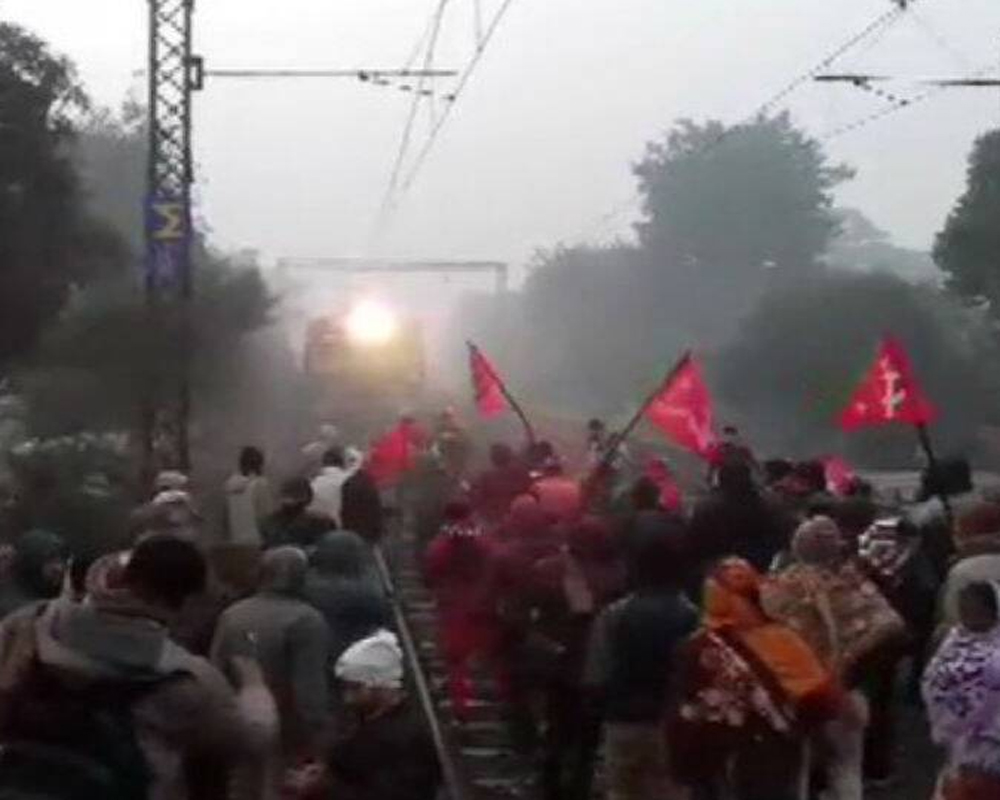 Sporadic incidents of violence were reported from various parts of West Bengal on Wednesday as trade union activists backed by Left and Congress members tried to enforce the 24-hour strike against the Centre's "anti people" policies.

The strikers blocked rail and roads in several parts of the state affecting normal life.

They burnt tyres and blocked roads in various parts of the East Burdwan district, besides staging sit-in on railway tracks, affecting train services in the sector.

In East Midnapore district, stones were hurled at buses. When police tried to remove protesters, a scuffle ensued, following which several strikers were arrested, the police said.

The protesters tried to break past barricades in Kolkata's Jadavpur and Central Avenue areas, promoting police to use of force. Several strikers were held, they said.

In Dum Dum and Lake Town areas, clashes broke out between Left supporters, who took out rallies in support of the strike, and TMC supporters who were opposing it. A huge police contingent was rushed to the spot to control the situation, the police said.

Country-made bombs were found on various roads in Barasat area of the North 24 Paraganas district, they said.

The strikers also took out rallies in the industrial belt of the district and blocked roads and railway tracks. But police removed them to ensure movement of vehicles without hitch.

Daily commuters and office-goers across the state had a harrowing experience as the number of vehicles plying on the roads was much less than other days.

In Kolkata, government buses were plying normally but the number of private buses was less. Metro services were normal in the city and auto-rickshaws and taxis were also seen on the roads.

Heavy police deployment was seen in several areas of the city, including in Tollygunge, Behala, Esplanade and Jadavpur.

The Trinamool Congress also took out rallies opposing the strike at some places in north Bengal and urged people to maintain normalcy.